It isn’t a stretch to say that 2020 has been a hard year for everyone. Our concept of normal has been turned on its head, and there isn’t any timeline for when that will change. As a healthcare professional, it has made avoiding compassion fatigue a very complicated task. “What is compassion fatigue,” you might ask? Compassion fatigue can be described as “the cost of caring,” and anyone in a caregiving role is at risk to be affected by it. Some of the symptoms of compassion fatigue can include chronic physical and emotional exhaustion, irritability, difficulty sleeping, weight loss, and headaches, but the symptoms can vary from individual to individual.

Personally, this is something I have to keep a close eye on due to already suffering from depression and anxiety (which oftentimes can present very similarly). My usual go-to to combat compassion fatigue was a mix of going to the gym, yoga classes, massages, taking myself to a movie, or exploring interesting places alone, along with many other hobbies. As you can imagine, many of those options were taken away or greatly diminished once the pandemic started and everything closed down. The routine I once clung to was now completely uprooted, and my already tainted sense of “normal” became even more unrecognizable. It took a few months to completely seep in, but after a seemingly random panic attack on the way to work and a few breakdowns, it became obvious that I needed to be more adaptable in my routine of self-care.

For me, becoming adaptable meant looking at self-care as more than just things that make me feel good, such as bubble baths or “treating myself” to take out meals. Sometimes self-care is finding the stressors you can control and proactively addressing them. Figuring out what I wanted to prep and cook for dinner after a full day at the hospital used to feel nearly impossible. Planning out a few simple meals over the weekend along with prepping any ingredients helps take a great deal of stress out of that process during the week. Additionally, having leftovers more often meant I had healthy lunches to bring to work instead of getting fast food.

As earlier mentioned, physical activity was an integral part of my emotional release from work. Having that outlet no longer available had the biggest impact on my mental health. I had to rethink my workout routine in order to achieve the same results at home. This meant yoga via Youtube in the living room instead of in a class setting (now my furry friends can join in) and finding workout apps to help guide me. Aside from physical activity, I started writing in a journal to help mentally process any emotions or stress I had accrued during my workday. Last but not least, I try to do something that is just for fun like playing an instrument or spending some time with animals.

I am still figuring out my new routine but knowing that I can be flexible and adaptable during uncertain times has really helped. Learning to slow down, journal, and listen to my body has helped me identify signs of compassion fatigue sooner. Even as life as we know it goes back to its normal speed, I will try to incorporate these new outlets I have found. 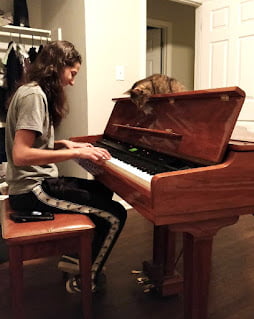 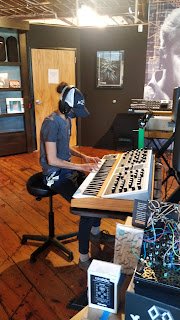 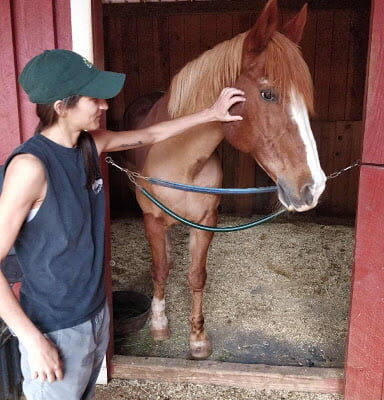 All the Little Leaves Make Up the Beautiful Tree ~ Buni, Veterinary Nurse