I had the amazing opportunity to travel to Peru in September 2018 with a program called World Vets.  The mission is to improve the health and well-being of animals by providing veterinary aid, training, and disaster relief worldwide. With as much as I love to travel, it was something I’ve had my eyes on for quite some time and finally had the resources to make it happen.

It was a one-week program where we arrived in Cuzco, Peru, after three flights and about twelve hours of travel. The first day was mostly spent acclimating, since it is over 11,000 feet up (quite different than the 300ish feet of the Raleigh-Durham area), as well as waiting for all the team members from various parts of North America to arrive. We had two vet students, two from Canada, two from New York, two from Illinois, one from Oklahoma, one from Nebraska, two from California, one from Florida, and four from North Carolina, plus the extra hands helping from Peru.

The next day, we had a “group” day, which involved visiting a wildlife sanctuary and rescue for mostly wild animals who could not be re-released. We also visited a open-air market, and I tried Alpaca as an exotic dish!

The following day was a free day to spend how we desired, but I used it to hike with the group to Lake Humantay (going up to 13,700+ feet).

It was intense but so very beautiful, and it was a great bonding experience with the group as we encouraged each other to keep breathing. I did make it to Machu Picchu at the end of my stay, which was such an amazing accomplishment as well.

The program included three days as the clinical portion of the trip. Our intent was to help with the sterilization of cats and dogs in the Cuzco and suburb areas. This was done in a field setting, which is very different than the pristine hospital setting we practice in here. The first day, we set up in a covered basketball court, and the other two days were under a pop-up tent and unused multi-purpose room.

The dogs and cats received pre-medication to help make them less anxious, and then we’d handle them to get them shaved and scrubbed for the procedure and to place an IV catheter. Then they’d move over to the surgery table for their spay or neuter; once finished, they would go to the recovery tent for their medications until they were awake enough to go home. It was a bit of a challenge to communicate with the people given the fact that we all spoke English and the predominant language is Spanish, but a few people helped along the way, so I think we mostly got the important information across.

It was the first time I’ve ever combined work and pleasure. I participate in a lot of community service here in NC, but this was something totally different. By the end of the three days, we fixed 290+ cats and dogs. It was the hardest I’ve ever worked in this field, and that includes the “crazy” days we have here at the hospital. I literally was sitting in the dirt to place catheters, and we did our absolute best to provide good medicine while other dogs were roaming around leash-free under our feet. It was also very interesting to see the variety of crazy vessels in which pets arrived: lots of backpacks, a few laundry baskets and pillowcases, and even wire baskets.

Something I was not expecting was that almost all the animals were brought in by their owners. I expected the street animals to be feral and untame, but even the animals you saw roaming the sidewalks and pathways almost always have owners. We dealt with the same amount of feisty animals as we would expect here, but it was more due to personality rather than due to being wild. It’s more like the “country dog” mindset that you might think of here (where instead of laying in the AC/heat and getting Christmas presents, these animals were fed by a family but left to roam the streets during the day). The mindset of the people was that the animals wouldn’t want to be cooped up all day. I see where they’re coming from, although my Ruby probably loves her couch an awful lot.

I am so glad that I had the opportunity to take part in this amazing experience. The opportunity to travel is always of interest to me, but the combination of providing community service, utilizing my veterinary skill set, and working rather than just enjoying was such a highlight. I would definitely recommend you consider joining on a future trip, as they take both experienced individuals and also animal-lovers who have a passion to do good.  Visit the World Vets Website for more information. 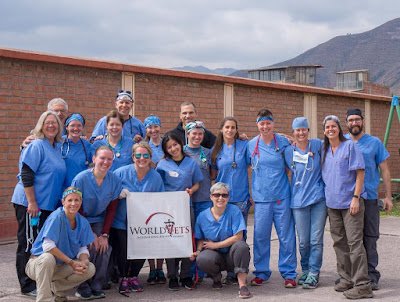 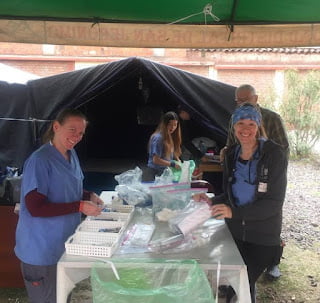 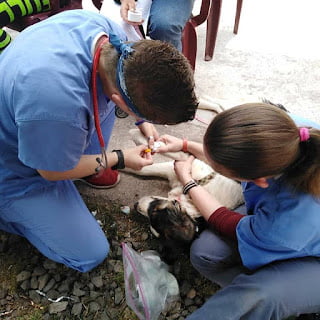 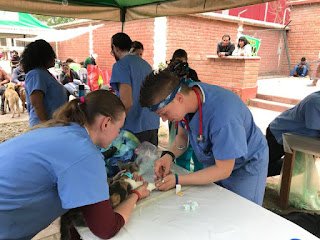 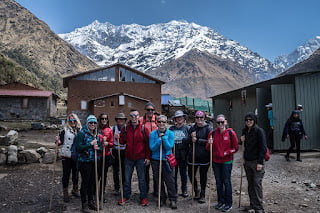 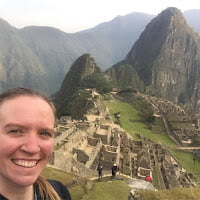 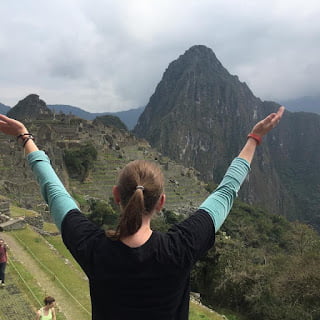