Although it is somewhat new to the western world, Traditional Chinese Veterinary Medicine (TCVM) has been used in China to treat animals for thousands of years. TCVM is an extension of Traditional Chinese Medicine (TCM), which has been used to treat people since ancient times. It is based on the Chinese Daoist philosophy that the body, which is a microcosm of the universe, is ruled by laws and forces that also govern the external world. Just as life-energy or “Qi” is an innate force of the universe, it too is a fundamental force of the body, driving its every action and transformation. Yin-Yang theory, which is central to Daoist philosophy, also features prominently in Chinese Medicine.

The Four Branches of TCVM

Once a particular type of disharmony or disease pattern is identified, treatment often proceeds through a combination of treatment modalities. Though the terms Chinese Medicine and acupuncture are often used interchangeably in the West, acupuncture is actually only one modality or “branch” of TCM and TCVM. There are actually four branches of TCVM – Acupuncture, Herbal Medicine, Food Therapy, and Tui-na (Qi-gong, a form of Chinese meditative exercise, is a fifth branch of TCM that is excluded from TCVM because it cannot be performed by animals).
Acupuncture is a treatment that involves the stimulation of points, typically achieved through the insertion of specialized needles into the body. Acupuncture points typically lie along the body’s Meridian Channels along which Qi flows. Most veterinary acupuncture points and Meridian lines are transposed to animals from humans, though knowledge of some “classical points” defined on particular species has been retained and is used to this day.

utilizes herbal ingredients listed within the Chinese Herbal Materia Medica in particular combinations or formulas to treat particular disease patterns. Herbal formulas are administered orally and are typically given in powder form to horses and other large animals and in tea pill or capsule form to cats and dogs.

is the use of diet to treat and prevent imbalance within the body. It utilizes knowledge of the energetics of food ingredients to tailor diets for individual animals.

is a form of Chinese medical massage in which different manipulations are applied to acupoints and Meridians to promote the circulation of Qi and correct imbalances within the organ systems.

TCVM is often viewed as a form of complementary therapy and is best when used in conjunction with Western Veterinary Medicine (WVM). Both TCVM and WVM have their own strengths and weaknesses. TCVM is a holistic approach that is suited to assessing the well-being of the whole patient, and treatments are generally non-invasive with few side effects.

However, TCVM lacks the tools necessary to pinpoint illness to specific disease-causing agents like pathogenic bacteria or viruses, and treatments are better suited for chronic conditions than acute ones. On the other hand, WVM utilizes the tools of modern science to diagnose disease with great precision, and Western drugs and procedures are powerful and fast acting. However, its insistence on detailed diagnosis may come at the expense of getting the larger picture. Furthermore, while modern medicine can perform miracles for trauma and acute injuries, it has little to offer chronic conditions like liver failure and atopy which can be treated effectively with acupuncture and herbal medicine. In many ways, TCVM and WVM each has what the other lacks. Thus, the best medical system involves the integration of the two systems, so that the strengths of one can compensate for the weaknesses of the other. 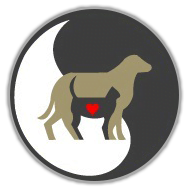 Shiloh Animal Hospital will be shutting down boarding and daycare services as of July 7. Please follow the link below for more information.